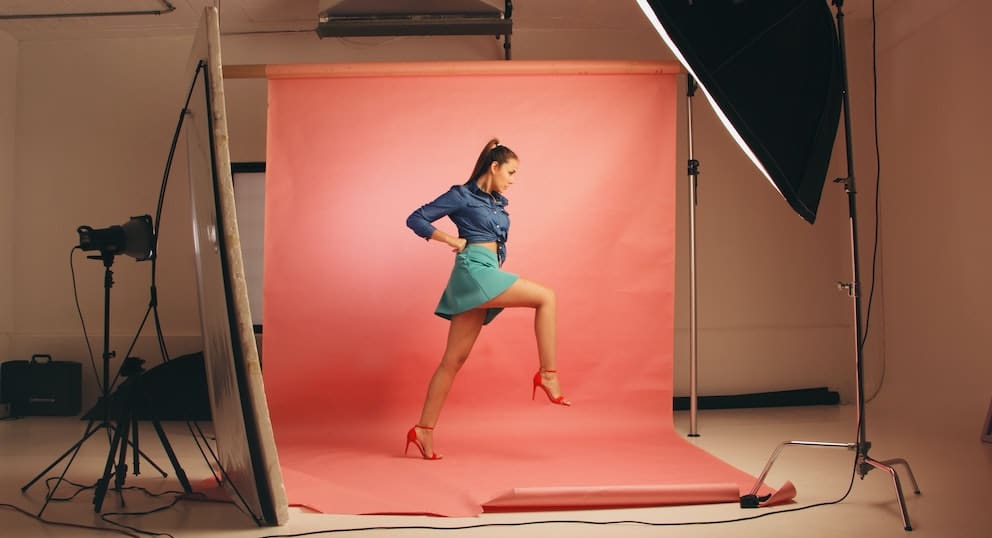 One of the most frequently asked questions intellectual property lawyers hear from members of the art community is, “When should I use a model release form, and what should it say?” That’s understandable since the answer can vary from state to state! For example, California has special laws designed to limit paparazzi photographs, thanks to its high number of celebrity residents.

However, regardless of where you live and work, there are some general guidelines to keep in mind that can help artists know when to use a model release form and what information should be included in one. Read on for pointers on how to protect yourself (and your potential for profit) and to find a sample model release form that you can use as a starting point.

The Purpose of a Model Release Form

Laws regarding the use of a person’s likeness, also known as the right of publicity, ensures that a model or other subject of an artwork controls the commercial exploitation of their name, image, or persona. Since the model has control, the artist, photographer, or company hiring the model needs permission from the model to use the images both for the initial intended purpose as well as any potential future uses.

When should you use a model release form?

While it is always a good idea to have the model of another subject of your artwork sign a release to avoid any disputes down the road, getting a release isn’t always possible or necessary. A model release form is generally required:

If either of these criteria is not present, then a release is not necessary.

What is a commercial purpose?

Despite what most people might believe, a commercial purpose is not defined by making money but instead focuses on whether the image portrays a person in a way that can be perceived as advocating for or sponsoring a product or service.

The initial intent for creating the image doesn’t matter — only how it is ultimately used.  For example, a candid photo taken by a street photographer for a personal portfolio would not need a model release, but if that same work were later used in a magazine ad, the photographer would need permission from the model to use the photo for a commercial purpose.

Also, if you are creating an image on behalf of a company, then the use by the company would likely be seen as a commercial purpose, merely because they are a commercial business. It doesn’t matter that the model had been hired by a photographer instead of a company; it only matters how the image is being used.

Artistic Purposes Do Not Need a Release

Generally, artistic expression is protected as free speech, and images that include a person and are published purely as artistic expression do not require a model release. Artistic use is not generally considered a commercial purpose, even if the artist is making money from it, such as if the works are on sale at an art gallery.

In one landmark case, Arne Svenson, a critically acclaimed fine art photographer, embarked on a project photographing the people living in the building across from his apartment. Svenson began photographing the Foster family through their windows with a large telephoto lens. The subjects did not know they were being photographed, as Svenson was careful to shoot “from the shadows” of his apartment “into theirs.” After about a year, he compiled the work into an exhibition entitled “The Neighbors,” which found a home at two galleries; one in Los Angeles and the other in New York.

The Fosters sued Svenson, but a New York Court dismissed the case, concluding that the First Amendment protected the photographs. The Fosters appealed but lost. (For more on this case, see Is Street Photography Legal?)

So, the issue an artist needs to consider is not how or where the image was taken or created (i.e., using street photography techniques) but rather how the image is used (i.e., fine art vs. commercial purpose). As a rule of thumb, creating a limited-edition fine art piece would likely not require a release, but if you want to put that image on a t-shirt to sell at Target, you would need one.

What should a model release form include?

A model release form is basically a short-form contract between the artist (or other hiring parties) and the model. Contract requirements vary from state to state, but in general, the model release form should ask for permission to use the person’s likeness, 1) for a specified purpose and 2) for a defined duration.

While it is possible to state in the release that the images can be used in any manner, some models might be hesitant to sign such an open-ended agreement. The same holds true for the duration of use.  While many releases simply grant the use of the images for an unlimited term, the artist may wish to negotiate the duration if it means the difference between getting to work with a certain model or not.

As well, in some states, the open-ended terms are considered too vague to make a contract valid.  So, it is best to list out the intended use for the images along with the potential uses in the future and add a limit to the duration of the contract, even if the duration is several years.

Below is a sample that can be used as a starting point.  Since the legal requirements for a model release form may vary from state to state, it may be helpful to edit this document first and then ask an attorney to review the basic terms before using it with a model.

The legal fees for a review should be much lower than if the attorney wrote the model release form from scratch. The lawyer can also provide some guidance as to what may or may not be allowed in your state. (Note that the sections in brackets [ ] should be replaced with your specific terms.)

The Model grants to the Publisher or assignees, the irrevocable and unrestricted right to use and publish [TYPE OF ART, (i.e. photographs, painting, drawing)] of the Model by [ARTIST NAME] at [LOCATION] on [DATE] (collectively defines herein as the “Images”) for [DURATION, i.e. unlimited time or other limited term].

The Model hereby releases and holds the Publisher harmless from and against all claims, suits, threats, demands, liabilities, actions and causes of action, in any way related to the Images or the Publisher’s use of the Images, including but not limited to actions based upon invasion of privacy, violation of moral rights, defamation, false light, and all other potential legal theories of any nature or type, under any state, federal or local common law, statutory law, rule, regulation or court order, whether now known and available or whether later developed, discovered or created.

The Model represents and warrants that {he/she/they] are over the age of majority in the state in which this Release is executed and that the Model has full power and authority to execute this Release. The Model has produced a valid driver’s license, birth certificate, or other proof of age to the Publisher. No other party has any interest or right in and to the Images or the exploitation thereof by the Publisher.

This Agreement contains the entire agreement and understanding of the parties with respect to the subject matter hereof and supersedes and replaces all prior discussions, agreements, proposals, and understandings, whether orally or in writing, between the parties related to the subject matter of this Agreement. This Agreement may be changed, modified, or amended only in a written agreement that is duly executed by authorized representatives of the parties. If any provisions hereof are deemed to be illegal or unenforceable by a court of competent jurisdiction, the enforceability of effectiveness of the remainder of the Agreement shall not be affected, and this Agreement shall be enforceable without reference to the unenforceable provision. No party’s waiver of any breach or accommodation to the other party shall be deemed to be a waiver of any subsequent breach.

In interpreting the terms of this Agreement, the parties agree that the laws of the State of [STATE/PROVINCE] shall be applicable. All suits permitted to be brought in any court shall be in [STATE/PROVINCE].

IN WITNESS WHEREOF, the parties have executed this Agreement on the dates set forth first above, with full knowledge of its content and significance and intending to be legally bound by the terms hereof.

See also
The Basics of Insurance for Artists

For those of you who are more tech-savvy, there are several apps that will create and manage your releases. One that I find useful is Easy Release for iPhone and Android. Easy Release lets you collect all the data and signatures you need right on your mobile device, then automatically saves the PDF and JPEG of the release to your cloud storage.

You can also try Snap & Release, a new app for creating, managing, and saving model photo releases. Snap & Release lets you easily create a model release form and record signatures from models, witnesses, and parents/guardians (for models under 18) directly on the screen.

There are many other mobile and desktop apps that you can use to create and manage model releases, which can make the process much easier.  However, be sure that the app allows you to save the model release outside of the app, so if the app is ever discontinued, you will still have the legally binding releases available, should you need them.

A model release form should always be considered when using another person’s likeness or name.  It will help define the terms of use so that there are no disputes later on.  While a model release isn’t always necessary, consider obtaining one that includes some potential future commercial uses if it’s practical. Keep your model release form or a model release app handy so that even if you’re shooting candid shots on the street, you can get a signed release in case you want to use the image for a commercial purpose in the future.  At the very least, you’ll have the model’s information should you need to track them down for additional permissions for use of their likeness in the future.

How do you handle your model release form? Let us know in the comments below.