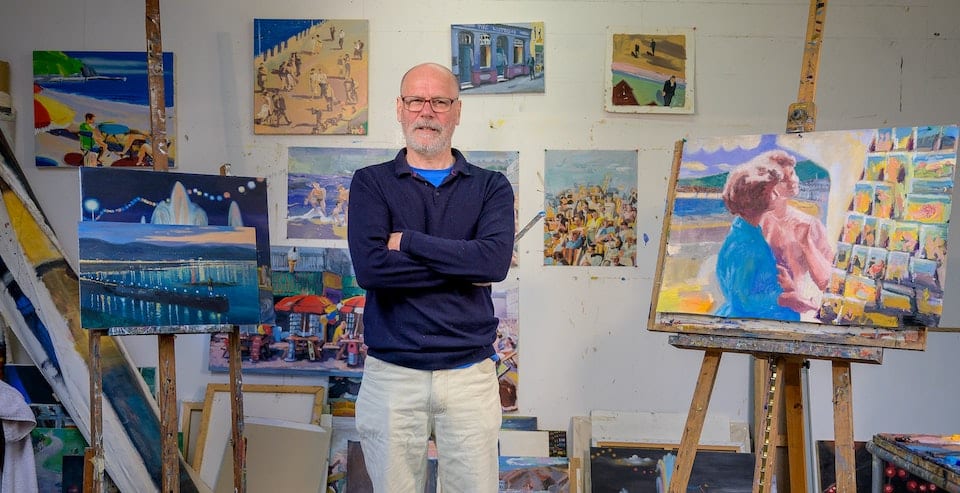 What questions should you be asking in contract negotiation, and what provisions should you be reviewing? For this discussion, let’s again assume that you are an artist negotiating gallery representation. Make sure you know what you want before starting the negotiation. An excellent way to begin that process is to make a list.

Your list should consist of questions related to the responsibilities of both you and the gallery. Try to walk through the entire relationship and process from start to finish. If the gallery represents you, what do they do? Will you get a solo show or a group show? Do I need to create new work? When do I need to complete the work, and how do I deliver it? Create this list over time, not the night before your negotiation meeting. Try to have an answer to as many questions as possible. Not every item must be in the contract, but it will be too late to add anything to make the loss as comprehensive as possible once you sign. Otherwise, you may have no recourse if problems occur between you and the gallery. There is also a psychological aspect; the gallery will take you much more seriously if you come to the table prepared, making it easier for you to negotiate changes to terms. Here are some additional questions you might consider:

You also need to discuss the duration of the relationship. For new artists, gallery representation will typically be three months to a year. While a year of representation can be very lucrative, it can also seem excruciatingly long if you are unhappy with how things are going. What if your work isn’t selling or the gallery isn’t promoting you successfully? To limit the downside potential, consider adding an “escape clause” to the contract, which will allow you to break it if certain conditions are not met. Escape clauses should be based on measurable numbers, not an abstraction. A typical escape clause might say that if no sales are generated in 6 months, either party can break the contract.

See also
Who Really Owns The Art: Creator or Buyer

Don’t get escape clauses confused, though, with Breach of Contract for Non-Performance. If there are no sales in 6 months, the gallery may not have done anything wrong; they are just not getting your work sold. And, so you may want to move to another gallery, which the escape clause allows you to do. A Breach of Contract means that the terms listed in the contract were not fulfilled by one of the parties, which is a legal cause of action for which you might be able to sue.

The most important question is how much money you receive from each sale. In a gallery setting, avoid telling the gallery how much you want. That leaves the gallery free to mark it up to whatever amount they feel like and pocket the difference. Typically, sales are split fifty-fifty, but the artist may be responsible for the production and framing costs. That may require an initial outlay before any sales. If that is a problem, you may negotiate a different deal, where the gallery gets a higher percentage but lays out the initial costs. Please read our article: Pricing Artwork with Borbay’s Contemporary Art Pricing Chart for more pricing information.

There are standard terms that non-lawyers find challenging to understand in any contract or don’t also realize as negotiable. First, there is usually a section called Representation and Warranties, which says that each side has made statements that are considered factual, such as the artist creating the works and owning the copyrights. Along with that clause, there is usually an Indemnification Clause, which states that if the artist breaches the agreement or misrepresents themselves, then any legal costs incurred by the gallery will be paid for by the artist. But make sure that this goes both ways and that the clause is not one-sided, allowing the gallery to breach and not pay the artist’s legal fees.

See also
3 Common Pitfalls to Avoid in a Photography Contract

Contracts will also have terms regarding the ability to assign or sell the contract to other people as well as terms for severability (breaking the contract), making amendments, and that the present contract overrides any previous agreements. These are usually similar to most contracts but read them carefully to make them not one-sided.

Finally, carefully read the Governing Law, Jurisdiction, or Arbitration sections. These clauses will usually be written in favor of the party who wrote the contract. For example, assume you are an artist living in Miami, and the gallery is in New York City. The Law and Jurisdiction clauses may require that both parties subject themselves to the State of New York Laws, that any lawsuits will be conducted in New York State or Federal Courts, and that the artist waives the right to change the location. That means that a lawsuit that could be held in Miami Dade County Court of Florida would instead be held in New York, requiring the artist to retain a lawyer in New York and travel to New York at their own expense. You may want to negotiate that term so that certain instances allow lawsuits to be in Florida.

Similarly, an Arbitration / Mediation Clause requires that both sides must hire a mediator to help the parties come to an arrangement before any lawsuit may be filed. Arbitration is a good thing and usually helps avoid lawsuits, but the clause may also specify the location, which may be unfavorable to you. You can also renegotiate those terms.

This list is slightly exhaustive but hopefully provides some guidance on how to handle a negotiation, but remember that you are likely dealing with businesses or attorneys that are experienced negotiators, so it is always best to have an attorney with you. If that is not possible, then at the very least, have an attorney review the final contract before signing.

Do you have any tips on contract negotiation? Let us know in the comments

Click here to post a comment
When Do I Need a Model Release Form? (Plus a free sample!)
3 Common Pitfalls to Avoid in a Photography Contract