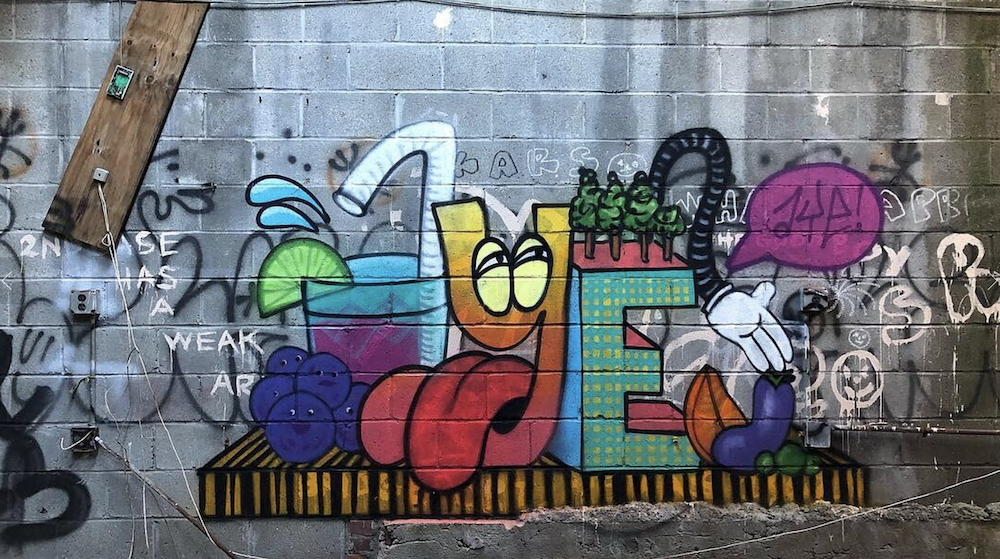 Summer has arrived in New York City, and with warm weather and extra hours of sunshine to spend outside, why not check out some of the revered works of street art the Big Apple is known for?

With displays from acclaimed groups like Tats Cru as well as new trailblazing works by the likes of OSGEMEOS, discover vibrant and dynamic artwork on city blocks from the Bronx to Bushwick.

What is urban art?

Despite its deep cultural association with New York City in the 1970s and 80s, urban art can be traced back to early cave art dating back thousands of years ago, with the ancient Greeks and Romans following suit by writing protest poems on buildings centuries later. Even soldiers during World War II tagged building edifices with the now-famous Kilroy Was Here meme in the 1940s. But modern graffiti as we know it today emerged out of Philadelphia in the 1960s and slowly made its way to the Big Apple by the later half of the decade. Known interchangeably as street art and graffiti, urban art is characterized as existing in the public space and often takes the form of murals, three-dimensional displays, posters and even yarn-bombing (the decorative practice of covering public infrastructure with colorful wool).

Stark images of street art in 1970s New York City captured by photographers like Henry Chalfant and Martha Cooper helped to cement New York City’s image as a gritty, graffiti-covered landscape in the public eye. And though street art was considered a lesser art form at best (vandalism at worst) by critics, its admirers in the art world sought to boost the medium’s reputation by the early 1980s with documentaries like Style Wars and Stations of the Elevated. In fact, it was The New York Times writer Norman Mailer who initially coined the term graffiti in his 1974 essay The Faith of Graffiti, which explored the New York movement’s political and artistic implications and served as one of the first attempts to validate graffiti as an art form to the masses.

But what once served as a medium of art limited to underground reverence has now skyrocketed in popularity with exhibits in world-renowned museums and represents a medium with some of the most recognizable household names in modern art. Artists like Jean-Michel Basquiat and Banksy have received international recognition for their works sprayed on the street and on buildings, with the latter even breaking his own records for selling a piece for over $25 million in 2018.

See also
9 Urban Art Spots To Check Out In LA

See also
9 Urban Art Spots To Check Out In LA

Street art, with its humble underground roots, is now displayed proudly in galleries and museums like the Brooklyn Museum, the Museum of Modern Art, and the Whitney Museum alongside the Museum of Street Art and grassroots public projects. While the perpetual debate over the legality of graffiti in public spaces remains, there continue to be ample modern installations of street art in virtually every corner of the Big Apple for the public to enjoy.

What’s your favorite spot to see graffiti or street art in New York City? What do you think it takes to be a great street artist? Sound off in the comments.

I'm a freelance journalist based in Brooklyn, NY. I've covered areas from breaking news to investigations to culture for publications like NBC New York, Patch, and Law360, among others. As a former manager at Patch, I led the New Jersey local news team of veteran journalists covering crime, politics, education, and features.