Share this!
Los Angeles is known to be an international hub of art: from movies and music to theater and fashion, the city has been recognized in turning out the latest and greatest works in several industries. But less known to cultural tourists is the rich street art that Los Angeles has to offer, tucked just under the noses of passersby in well-traveled areas.
Whether you’re a tourist visiting for the first time or a local to Los Angeles looking to see your city from a new perspective, these nine displays will leave you wanting to discover more from the city’s historic and ever-changing street art culture.

Although graffiti has come to be more aligned in the cultural psyche with East Coast cities like New York and Philadelphia, Los Angeles boasts its own unique take on the medium after it established a distinct identity in the 1990s. City dwellers used their version of the New York subway cars — buses and concrete walls — to emulate motifs from pop art, Latin American cultures, and Old English typeface to create styles all their own. Some took to highways, streetcars, and buildings to find canvases. Others took to the city’s less-policed river, which runs for 51 miles and was largely abandoned, serving as a prime location for hobbyist taggers in the late 80s and early 90s. During the same time period, Muralism and street art also became oft-used forms of artistic protest by Los Angeles’ Chicano population against urban politics, as author Stefano Block writes in “Why do Graffiti Writers Write on Murals? The Birth, Life, and Slow Death of Freeway Murals in Los Angeles.”


Out of these movements, several key figures rose to prominence and made Los Angeles a pillar city in the street art scene. Risk and OG Slick, both of which represented the U.S. at the International Street Art Competition in the late 80s, took graffiti from highway overpasses and freight trains to gallery walls. Risk also lent his talents to projects for Michael Jackson, the Red Hot Chili Peppers, Bad Religion, and Ice Cube, later moving to clothing as his canvas with a graffiti-inspired apparel line. Meanwhile, Chicano artist collective Los Four rose to prominence in the 80s, painting politically-charged murals and even made instrumental strides in the creation of the Great Wall of Los Angeles.
Fast forward to 2022 and you can still see the influence that the late greats have on modern street artists, who still use vivid hues, identifiable iconography, and dynamic uses of the California landscape to express emotion, politics, and identity in an undoubtedly unique city.

9 best places to check out urban art in Los Angeles:

See also
Pricing Artwork with Borbay’s Trusty Contemporary Art Pricing Chart
Although there’s a wealth of art to view in and around the aforementioned locations, Los Angeles is a sprawling city with new street art constantly being commissioned, made, and discovered, so go forth and explore the city with a fresh pair of eyes. And if it’s just too hot under the California sun, you can always skip down to The Geffen Contemporary (MOCA) to see acclaimed street art within air-conditioned walls.

What’s your favorite spot to see graffiti or street art in Los Angeles? What do you think it takes to be a great street artist? Tag your thoughts in the comments. 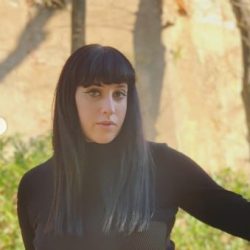 Nicole Rosenthal
I'm a freelance journalist based in Brooklyn, NY. I've covered areas from breaking news to investigations to culture for publications like NBC New York, Patch, and Law360, among others. As a former manager at Patch, I led the New Jersey local news team of veteran journalists covering crime, politics, education, and features.

I'm a freelance journalist based in Brooklyn, NY. I've covered areas from breaking news to investigations to culture for publications like NBC New York, Patch, and Law360, among others. As a former manager at Patch, I led the New Jersey local news team of veteran journalists covering crime, politics, education, and features.

10 Best Art Documentaries That Should Be On Every Art Lover’s Watchlist
Can Art as Self-Care Work for Anyone?
Comment