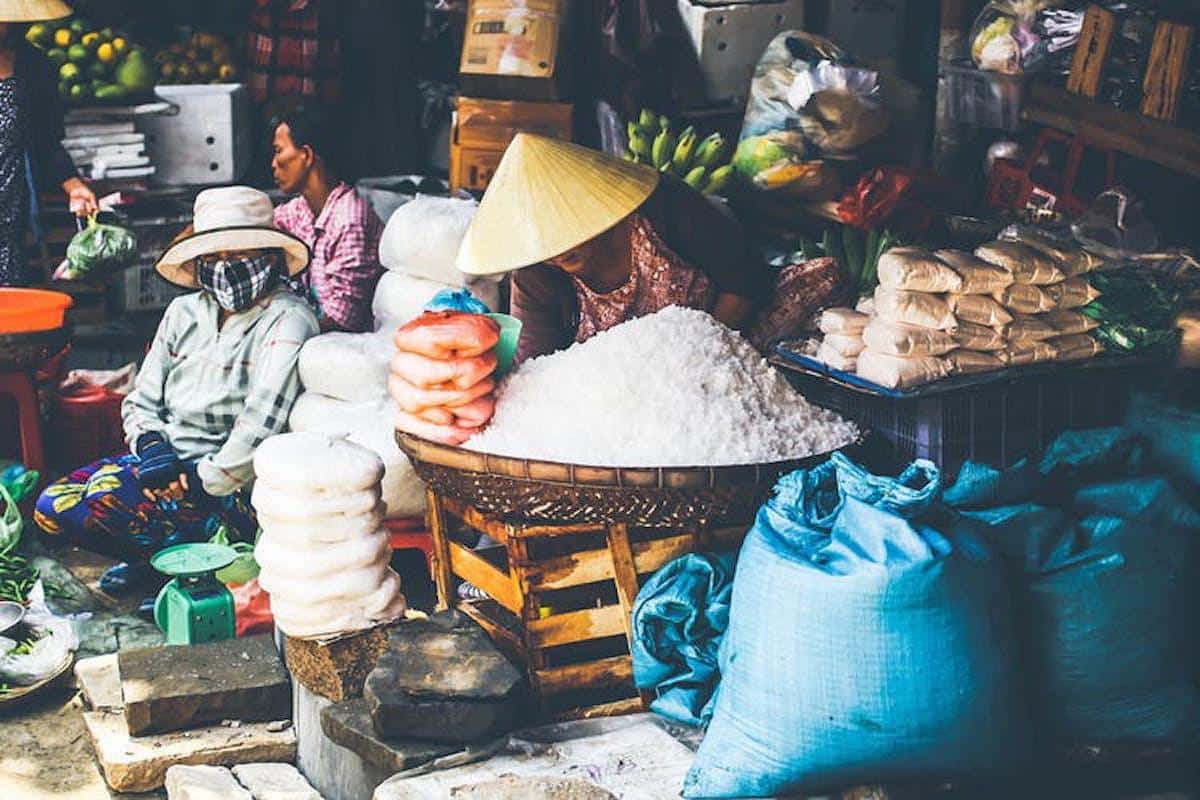 There are many ways to earn money as a professional photographer. Michaela Trimble is living the dream. In 2016, she estimates spending nearly 90% of the year traveling the globe and turning her wanderlust into a budding career as a travel photographer and writer. Her enviable position has taken her to far-flung adventures in Patagonia and Kilimanjaro, food tours through Mexico City, and luxury stays across Europe. These worldly experiences are captured through a constant flow of travelogues regularly published by a formidable set of editorial brands that include Vogue, Tasting Table, AFAR and Travel + Leisure.

Over at his home base in London, freelance portrait photographer Andy Donohoe juggles multiple shoots for campaigns for big and small brands alike, in order to fuel personal and commercial projects that allow him the opportunity to thrive as a traveling photographer. His lens has led him to shoot in New York, Kazakhstan, Berlin, Ireland and Japan for editorials, brands, and self-produced projects.

Trimble’s and Donohoe’s work philosophy represents a growing trend among gig economy workers who prioritize the ability to travel for work and pleasure when evaluating potential jobs. According to a study published by Intuit, the global job market is shifting, with independent freelance creative types set to make up nearly 40% of the American workforce by 2020. These freelance creatives, in turn, are reshaping the tourism industry with a preference for experiential social media-driven travel coverage.

The prospect of traveling the world while getting paid to work may seem farfetched, but Donohoe and Trimble prove that taking a formulaic approach to building a travel photographer portfolio is the ticket to this coveted career.  Trimble and Donohoe share their career trajectories, getting a play-by-play on how they’ve landed this undeniably attractive work while dishing on their best travel photography tips.

“The first thing that you should know is that this is a very long road,” begins Donohoe. “I started my career as a travel photographer about eight years ago, and I’d say I have about another five ahead of me before I consistently get commissions that require travel.”

The unifying thread in both Donohoe and Trimble’s stories was that their ability to work for travel didn’t happen overnight, but rather was the result of years of following the traditional upward career climb from unpaid intern to landing regular freelance jobs. Along the way, they absorbed the professional tools and contacts that are only available from within the system until they had the professional recognition and skill set necessary to position them as a competitive freelance creative in their chosen industries.

Donohoe got his start as a travel photographer while interning during an extended stay in Buenos Aires, Argentina. He shot on assignment for an English-language publication while working the night shift as a bartender to pay the bills.

“I wasn’t getting paid for my photography but I was doing a lot of work and building up the beginning of my portfolio. I was being sent on assignments to do things I wouldn’t have found on my own, and at that time in my career, the most important thing was to start developing my portfolio,” Donohoe says.

This experience was repeated in Australia before settling down in London, where he began to work as an assistant to renowned fashion photographer Miles Aldridge and took on a full-time position at creative agency Spring Studios. These technical skills would prove valuable to marketing himself to potential clients and collaborators once looking for freelance creative work. Working hands-on with a successful photographer taught him about the business side, like the value of an agent or producer or the necessary balance between commercial and personal projects, which made it easier to find projects as both a portrait and travel photographer

“Those learning experiences were really important for me. Just taking the time to really learn about how to put together a shoot, learning how to take pictures of people, understanding the way that light works, working in spaces outside of a studio,” Donohoe says.

Build a Portfolio To Transition into Travel Photographer Gigs

Trimble recounts similar experiences, starting out doing the grunt work before graduating to full-time travel photographer and writer. After receiving a Master’s Degree in Global Marketing Communication and Advertising, she moved to New York where she worked in public relations before she was hired as a Brand Manager at AFAR, one of the world’s leading travel magazines.

Her job included going to travel events and conferences around the world to represent the brand, while also producing content and running social media channels. The experience allowed her insider knowledge into the inner workings of the travel and editorial industries, which would prime her as a perfect candidate as a travel photographer and writer.

“It was a really intense job description, and very involved. I was able to see every arm of the travel industry and my work touched on all the elements of running a successful travel magazine,” she explains. “I really wanted to write and photograph full-time, but had I taken the editorial route, I would have been sitting in an office staring at a computer screen all day. I took the business route instead, and put in the time to learn how to establish and maintain a travel brand, which I have since transitioned into what is now my personal brand.”

Trimble’s job brought her face-to-face with tour operators, hotel general managers and sales and marketing teams within the travel industry from all over the world. After leaving AFAR in 2016, she used the same professional contacts to secure stories and commissions from a wide set of travel and lifestyle publications. “There is no way that I would have generated those professional contacts had I not been a global ambassador for AFAR. I am on people’s radar and get updates constantly, which inform my stories and photography and allow me to write as much as I do,” she says.

Today, Trimble runs her personal brand using the tools she learned working at a full-fledged international magazine. A key factor in her success has been her ability to balance multiple job titles at once and understand the needs of her editors.

“I understand how editors work; every magazine has their own content strategy. The more you understand a magazine and the easier you can make their job, the more valuable you are to them and more likely it will be that they will hire you over and over,” she adds. In addition to writing text, she takes her own photos and understands the value of being an influencer across various social media channels. “I use the same social media techniques that we used at AFAR and incorporate key hashtags, while posting multiple times a day and writing engaging captions that capture people’s attention.”

Self-Funding is Key for the Travel Photographer

“Nearly all of the work that I have done abroad was self-funded. There aren’t a lot of opportunities out there that imply travel, although they do exist,” says Donohoe. “There are, however, lots of opportunities to travel, shoot and later sell that work. I take on commercial gigs and save what I can to fund the work that allows me to explore a different location.”

In the last few years, Donohoe has sold travel photographer work across the globe, with personal and commercial projects in Kazakhstan, Ireland, Germany, the United Kingdom, the United States and Japan. Many were designed as work vacations, tirelessly researching potential leads and photo subjects beforehand.

“I took a trip to Japan and researched for months possible stories and subjects, but a lot of the people I reached out to turned into dead ends. It’s a different culture and you have to meet people face-to-face before they really let you in, and even then, there was no guarantee that they’d actually let me shoot them,” he says.The trip nonetheless turned into his first book, the self-published exploration of Rokkō Island, an artificial island off of the southeast coast of Kobe.

Trimble’s work involves even higher risks on her returns. Freelance creative workers serving the editorial industry are rarely sent on paid assignments, but rather are expected to pitch stories based on self-funded travels. Her constant moving requires a strict budget and a demanding editorial schedule to keep up with and is fueled by strong relationships with her editors.

“I think where a lot of people fall short is understanding that you have to put a lot of time in doing work you aren’t necessarily passionate about to meet the end goal. If I have some dream story I want to write, it’s not the first thing I pitch to a publication I haven’t worked with yet, even if I know that story will be a fit,” she says. “First I’ll go after the stories I know they are looking for based on what they already publish, and start building that relationship. It took about twenty articles with one of my main clients before I had a direct line to the editor, who is now willing to take the risk of green-lighting a story before the trip even starts.”

Work for travel sounds like a dream, but what freelance creative workers should learn from Trimble and Donohoe is that you can’t approach that career path with the same wanderlust and happenstance of travel itself. Instead, it requires a keen understanding of your industry, which can only be gleaned from working from within. Once you’ve established your contacts and built a healthy portfolio of travel work, you may find it much more possible to transition into a self-sufficient traveling creative. 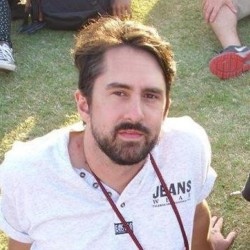 Kevin Vaughn
Kevin Vaughn is a writer and photographer focused on food and culture in Buenos Aires, Argentina. His work has appeared Munchies, New Worlder, Remezcla and Savoteur.

The High Cost of Art Competitions: Is It Worth It?
How Artists Can Land Public Art Commissions
Comment