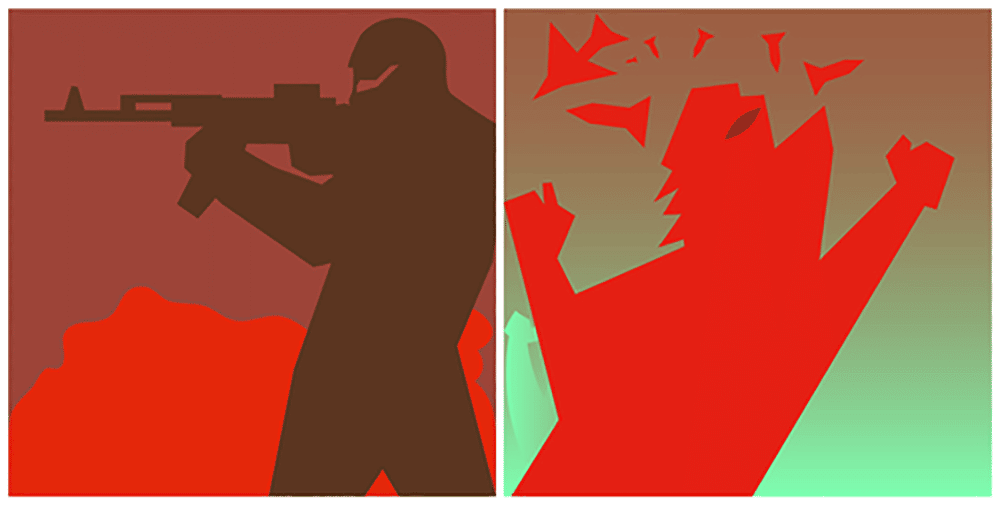 As recently reported by Blount Art Info, it appears that celebrated neo-expressionist artist Cecily Brown may have a copycat. Or at least, that’s what she’s alleged via Instagram, where the artist denounced that a lesser-known painter had hawked her work and used a clever app to create almost identical images to some of Brown’s recent works.

Claiming that California artist Sherie Franssen copied the works featured in her show at the Gagosian gallery in 2014, Brown posted images of Franssen’s work, adding the comment “I think she has some kind of app that cuts and pastes them. She’s pretty good at making my work. Ignore it?”

With quite the following in the New York art scene, Brown’s post echoed with well-known fashion editors, artists, and complete strangers, who waged some less-than-friendly insults at Franssen and suggested that Brown should go after the artist for infringing on her work.

It’s a hotly debated issue in today’s digital sphere, where the appropriation of images runs rampant. Re-posting and re-blogging images is done without so much as a thought to the legal implications of taking someone’s work without their permission and sharing it across the internet. The same is true even of artists who build on images created by others in order to turn a profit – think of Richard Prince’s seeming disregard for copyright law with his Canal Zone photographs or his most recent exhibition at Gagosian, where he appropriated Instagram images and priced them for sale at $100,000 each (none of the proceeds would go to the owner of the images, in case you’re wondering).

In theory, the issue of whether Franssen is copying Brown is a much larger one that has existed almost as long as people have been making art. After all, all artists are influenced by someone, whether it’s religious icons, real-life situations, muses, or other artists. So many artists today create and cite major influences from Picasso or Duchamp, but would a lay observer, untrained in art history or theory, even know the difference? Why isn’t that considered copying and thus copyright infringement?

No one likes to be copied, and perhaps Brown has a right to be upset. But does Brown have any grounds upon which to sue Ms. Franssen? Did Franssen really infringe on Brown’s works? Can she prove infringement even if she did?

Art is inherently subjective – what constitutes art or what makes art “good” is left entirely up to the viewer. So too is the decision of whether you feel like you’ve seen it before – plenty of artists are influenced by their predecessors and contemporaries alike. But that’s precisely why it’s so difficult to allege copyright infringement in a work of art – adopting a style or technique doesn’t constitute infringement. While there have been a great deal of photographers that have found themselves caught up in copyright infringement suits, it’s even harder to prove in paintings.

See also
Fair Use of Copyright Images in Your Blog

In order to prevail on a suit in copyright infringement, a copyright owner must show (1) access to the plaintiff’s work and (2) probative similarities between the works. If one can present this evidence and demonstrate that it’s more likely than not that the work was copied, then a claim for copyright infringement will likely prevail.

Access can be proven through evidence that the defendant had a reasonable opportunity to observe the plaintiff’s work. Such evidence doesn’t need to be overly specific or concrete – a plaintiff doesn’t need to show that the infringer actually viewed the work, particularly if it was widely disseminated or particularly famous. In fact, a person can still infringe on a protected work even if they copied the work unintentionally – one can argue that the defendant was subconsciously aware of the work after observing it.

Additionally, a plaintiff must prove that there are elements in the work sufficiently similar to warrant a court to find that the work was copied. The type of similarity that is generally regarded as the most probative of copying is the existence of common errors, whether factual or aesthetic in nature, between the two works.

In the case of Brown and Franssen, it’s not so cut and dry. As Franssen’s gallerist told Blount Art Info, “Both are responding to the challenges of Willem de Kooning, while borrowing from the palette of Philip Guston. If placed side by side you would never mistake one for another or one as a copy of the other.”

But what about other copyright cases, like Prince’s, in which the artist directly appropriated a work and expounded on it? How did Prince manage to get away with it?

The Fair Use Doctrine as a Means to Appropriate Art

In a very recent, landmark case before the Second Circuit, Patrick Cariou, a little-known photographer, sued Richard Prince when Prince used several of Cariou’s photographs in a series of collages that were sold for tens of millions of dollars – and naturally, Cariou received nothing from Prince’s massive sales. Although Cariou initially won at the district court level, the Second Circuit reversed most of the court’s findings in favor of Prince, and since then many artists have been scrambling to find ways to keep their art from being stolen.

There’s not a single case in copyright history that’s gotten more of a reaction than Prince’s victory over Cariou. While some artists (especially those who make appropriation seem like an art form rather than a heist) have applauded the decision as a victory for artistic expression, still many others regard the court case as a license to steal creative work product from fellow artists.

Prince argued that his appropriation of Cariou’s photos constituted fair use because his works were “transformative” in nature. As we have previously reviewed here, the fair use doctrine’s first prong, the character, and purpose of the use requires that the image not be used for commercial purposes, but rather for purposes of commentary, criticism, reporting, or teaching. At the district court level, the judges unanimously agreed that Prince’s work did not constitute fair use of Cariou’s photos because the artist specifically testified “do[es]n’t really have a message,” that he was not “trying to create anything with a new meaning or a new message,” and that he “do[es]n’t have any . . . interest in [Cariou’s] original intent.”

On appeal, however, the court applied a different standard to determine whether Prince’s use of Cariou’s photographs would in fact constitute fair use. The court reasoned that fair use should be determined on a “case-by-case basis,” and rejected the district court’s requirement that the infringing work must comment on or critically refer back to the copyrighted work. Instead, the court decided that the purpose and use tenet of the fair use doctrine is not dispositive, and it’s not required that the work be used for non-commercial purposes nor that it make any sort of comment on the original work.

The court did however not that the way the work is used does weigh heavily on whether it constitutes fair use- to qualify as fair use, the copied work generally must alter the original with “new expression, meaning, or message.” The court stated there is no rule requiring a defendant to explain and defend his or her use as transformative. What is important, the court stated, is how the work in question appears to the reasonable observer.

But the court refused to comment on what constitutes a “reasonable observer” leaving a gaping hole for determining fair use in future cases. Is a reasonable observer an art dealer or historian, or an observer with no formal training in the arts?

So when it comes to the case of Cecily v. Sherrie, it seems the most important opinion is yours: Do you think Sherrie Franssen is copying Cecily Brown? Do you think you’re qualified enough to say so? Why?

Planning for the Copyright Registration Process
Do Night Photos of the Eiffel Tower Violate Copyright?
Comment