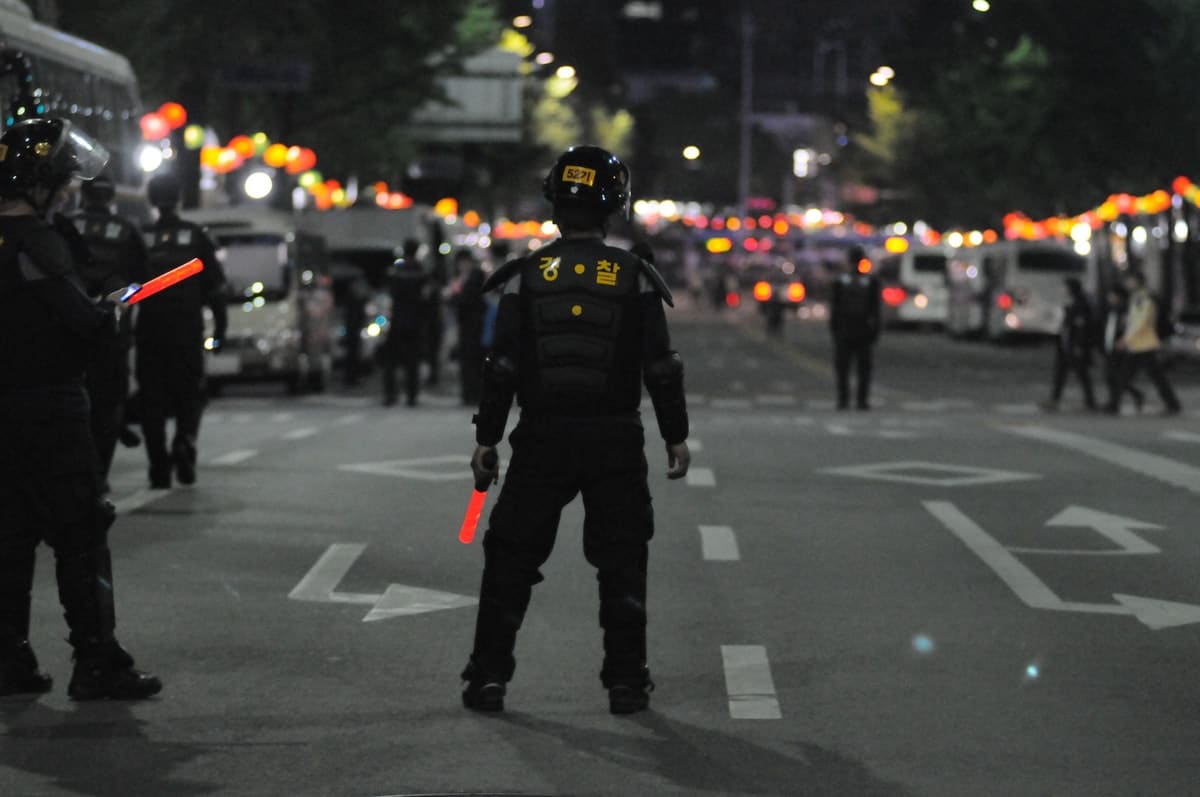 Motivated by improvements in technology over the past decade, and an apparent (and unfortunate) upward trend in law enforcement overreach, ordinary citizens are increasingly monitoring, recording, and disseminating images and videos of police activities. Perhaps one of the earliest and most renowned instances of such a recording was in 1991, when a videotape of Los Angeles police officers beating Rodney King led to criminal charges against several of the officers involved. Although the officers were originally acquitted, leading to a six-day period of deadly civil unrest, a subsequent federal case resulted in the conviction of two officers who were ultimately sentenced to prison. The entire ordeal ultimately led to significant changes in the LAPD’s practices.

Today it seems as though hardly a week goes by without someone posting an image or video of alleged police misconduct on a social media platform, and while many police departments welcome the transparency, for fairly obvious reasons, many do not. Indeed, almost as common as videos of police interactions are complaints about the police attempting to interfere with citizen’s attempts at monitoring them.

So, what is the law about recording and taking videos of police? It’s not an especially new question, but it’s one that an appellate court in Philadelphia recently had to consider following recent allegations that the Philadelphia Police Department had overstepped the mark in dealing with members of the public who were attempting to take videos of police activities.

Suing for the Right to Record Videos of Police

The matter decided by the Third Circuit Court of Appeals actually involved two separate cases that were considered together as the legal issues were largely the same.

The first involves Amanda Geraci, a legal observer associated with the police watchdog group “Up Against the Law” who attended an anti-fracking demonstration at the Philadelphia Convention Center. There, Geraci witnessed police arresting a demonstrator, at which point she repositioned herself to get a clearer view to record the arrest and take videos of police involved. Although she did so without interfering with the police, an officer, in the words of the court, “abruptly pushed Geraci and pinned her against a pillar for one to three minutes.” Geraci was not arrested but the ordeal prevented her from capturing the arrest to share videos of police misconduct as she had intended.

The second case, which is arguably more troubling, involves a Temple University student, Richard Fields, who, while standing on a public sidewalk, attempted to record videos of police officers breaking up a house party across the street. One of the officers observed the student and asked if he “like[d] taking pictures of grown men” and asked him to leave. Fields refused, leading to his arrest. The officer then searched the phone, opening several videos and other photos, subsequently releasing him, charging Fields with “obstructing highway and other public passages,” which was later dropped when the officer couldn’t be bothered to turn up for the court date.

The First Amendment Trumps All

The court first determined whether the acts of creating videos of police activity is protected by the First Amendment at all. The trial court had concluded that here it did not, because the activity was not itself sufficiently “expressive,” distinguishing between the act of making the videos and the act of using those videos of police misconduct as a means of criticizing their actions, which would be properly protected by the First Amendment.

The appellate court disagreed, noting that “[t]he First Amendment protects actual photos, videos, and recordings … and for this protection to have meaning, the Amendment must also protect the act of creating the material.” The court went on to note that “because the officers stopped Ms. Geraci from recording the arrest of the protestor, she never had the opportunity to decide to put any recording to expressive use.”

Critically, the court also reaffirmed the dual-sided nature of the First Amendment, highlighting that it isn’t just about an individual’s right to speak or express themselves, but also about the public’s right to receive information about the government and its activities, which is considered a keystone of an open, democratic society. Specifically, the court observed that “the proliferation of bystander videos has ‘spurred action at all levels of government to address police misconduct and to protect civil rights.’” The court warns, however, that like all constitutional rights, the right to record the police is not absolute: “if a person’s recording interferes with police activity, that activity might not be protected.”

The bottom line is that both Geraci and Fields were engaged in protected expression. For some technical reasons dealing with liability of government employees, the court determined that the police officers could not be held personally responsible for their actions, but that the city, as their employer, might be. The case was sent back to the district court to more properly address that particular question.

Recording Videos of Police in General

The case of Fields and Geraci is by no means the first time the courts have been asked to consider the question of whether the public has a right to record videos of police. As the court noted, it now joins five other appellate courts, covering some of the country’s biggest cities, in concluding that the public enjoys the uncontroverted right to record videos of police activity provided the recording does not interfere with that activity.

What is especially astounding about the police officers’ conduct in the Geraci and Fields case is that the Philadelphia Police Department had twice admonished its officers not to interfere with private citizen’s recording videos of police activity: once in a memo and again the following year in an official directive. Apparently following the incidents with Geraci and Fields, though before their case was decided by the appellate court, the department instituted a training program to get the message through to its patrol officers.

In 2012, the U.S. Department of Justice’s Civil Rights Division issued a guidance letter to the Baltimore Police Department following a claim involving Christopher Sharp, a private citizen who used his cell phone to record his friend being arrested. The police subsequently seized, searched, and deleted the contents of his phone, a practice which Sharp further alleged was routine, and part of the department’s official policies. The case led the Justice Department to issue the letter which, although specifically addressed to the Baltimore Police Department, was intended to serve as guidance for police departments around the country.

The Department asserted that police department policies should make clear to officers that the public has a First Amendment right to record videos of police from not only streets and sidewalks, but any “areas where individuals have a legal right to be present, including an individual’s home or business, and common areas of public and private facilities and buildings.” The Justice Department also admonished police to expressly prohibit officers from destroying devices or cameras, or deleting recordings or photographs, stating unequivocally that “[u]nder the First Amendment, there are no circumstances under which the contents of a camera or recording device should be deleted or destroyed.”

The letter also calls on police departments to expressly prohibit officers from engaging in “more subtle” actions that might intimidate citizens into not recording videos of police activity, like the Philadelphia officer asking Fields if he enjoyed taking pictures of grown men.

Unfortunately, despite the legal parameters in which police must operate, it remains true that many are ignorant of the law, and a few others willingly flout it. The dynamics of the police-public relationship is such that those with the badge have all the power — at least initially. Even if you are legally correct in asserting your right to record videos of police interaction, it is possible that the police will disagree and will seize your device, erase your recordings, or worse, arrest you, and the prospect of eventually prevailing in court is cold comfort when you’re in a holding cell.

While there is no perfectly risk-less way to go about recording videos of police, the best chance of minimizing conflict if you are approached by law enforcement is to be polite and respectful. Explain the situation and your understanding of the law and encourage the officer to speak with his or her superiors before taking further action. It’s not foolproof by any means, but it helps maintain a positive tone, which is sometimes all you can hope for.

For more detail on the Third Circuit case, you can read the full opinion in Fields v. Philadelphia, et al. and Geraci v. Philadelphia, et al., or the U.S. Department of Justice letter to the Baltimore Police Department. The National Press Photographers Association is also active on issues concerning videos of police, and has useful information on its website.

Chris Reed is a Los Angeles-based photographer and lawyer. He practices copyright law in the  media and entertainment industries and is the author of <a href="http://www.copyrightworkflow.com">Copyright Workflow for Photographers: Protecting, Managing, and Sharing Digital Images</a> from Peachpit Press.