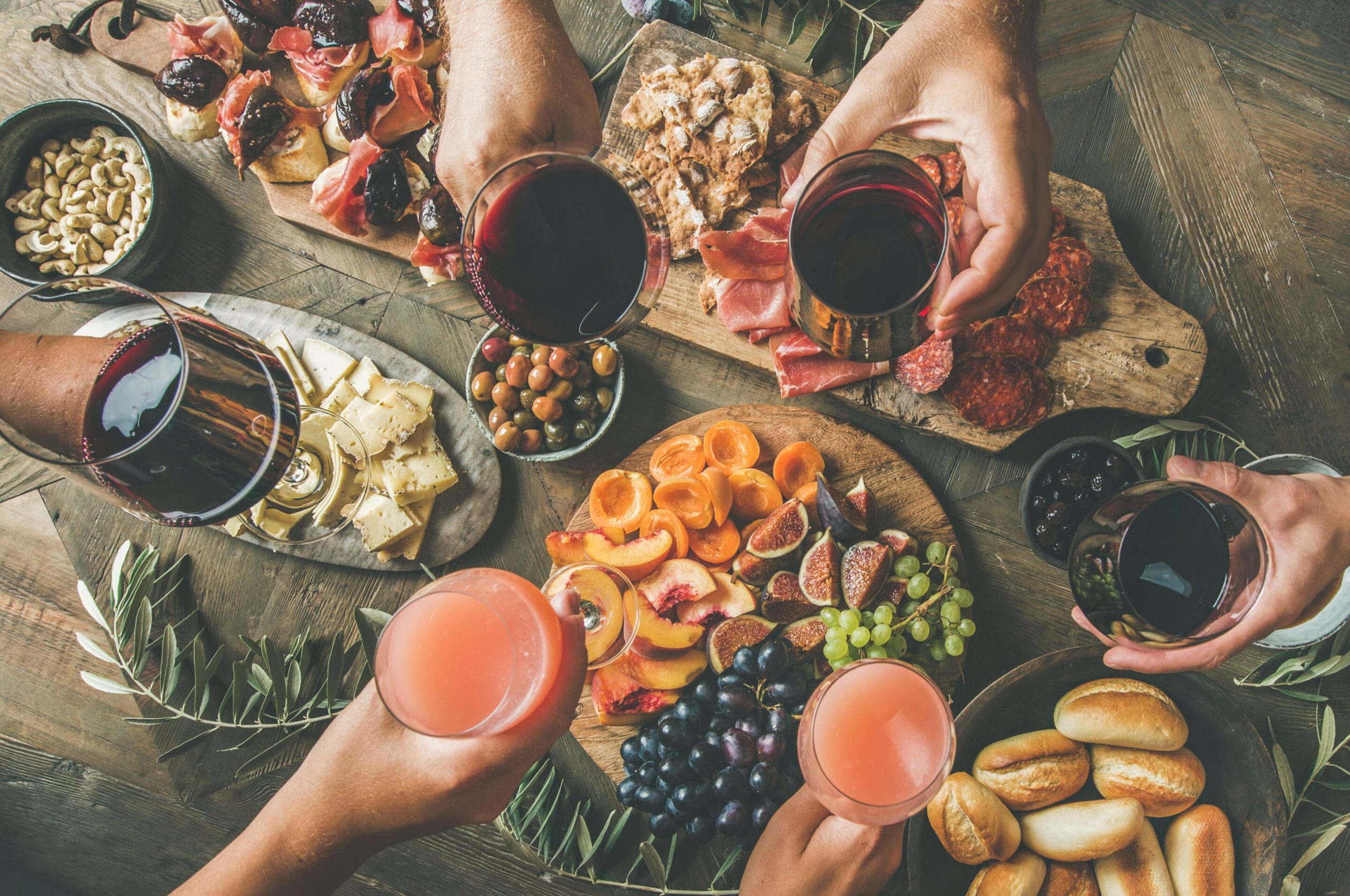 Networking can get a bad rap, conjuring images of desperately trying to pass out business cards, elbowing others to chat with an important-seeming person, and having too much small talk that leads nowhere. However, networking isn’t simply about meeting others just to further your career. Networking for artists cultivates connections, creates community, and fosters personal and professional growth.

One of the most important parts of developing your career and taking it in the direction you want to take it—or perhaps even finding a new direction—is networking. If you think networking isn’t for you, or you have no idea how to use it as a tool to benefit your creative career and personal connections, try shifting your thinking. Take a look at key ideas and priorities to keep in mind as you widen your circle, and find the relationship that could bring you that next big opportunity.

You’ll meet a lot of people as you network—and part of the art of networking is organizing your contacts and understanding who you actually connect with. Having a meaningful and ongoing interaction with one contact will always be better than having an empty, face-value connection with ten. Besides, if you’re truly intentional with the network you are creating, you’ll find yourself unable to constantly maintain strong connections with an immense amount of people.

Networking relationships are like any other relationship in that they require effort and mutual care. Networking requires keeping in touch, reaching out, checking in, and having positive, authentic interactions. It means finding common ground even as the ground changes.

Of course, you’re not going to be sharing your deepest secrets and dreams with professional contacts (please don’t) the way you would with close friends. You most likely aren’t going to be in daily or even weekly contact with them. However, make a point to check in with your networking contacts regularly by writing an email, engaging on social media, or planning to attend an event.

See also
Tips on Contracts and Licensing for Artists

One of the biggest assets when it comes to networking is knowing what you want and what you’re bringing to the table. Take the time to think about what skills you possess, what kind of work you excel at, and where you’re hoping to take your career. (If you don’t know the specifics of it, start by writing it out: what are your strengths? What are your interests?) Knowing what you want isn’t simply telling it to other people in the hopes that they’ll hand it to you, but it’s crucial to making the best connections for you. So be prepared and practice your spiel! Yes, in front of the mirror! For some, networking feels awkward because it feels weird to talk about yourself. But remember that explaining what you do is normal and a necessary part of this whole practice. If you still feel strange talking about yourself, practice!

Networking for artists does require that you Do Your Research

This is especially handy if you’re going to a networking event. Take a minute to research the people attending and think about who you’d be most interested in connecting with. If you’re really interested in chatting with someone in particular at an event, experts recommend sending an email beforehand to try to set up a time.

It’s All About What You Put In

If you think networking is simply about advancing your own career, it’s time to change that mindset. Rather, focus your networking efforts on connecting through your passions and creating a community, and that requires being open to others and their needs. As the Young Entrepreneurs Council puts it, successful networkers “…go beyond thinking, ‘What’s in it for me?’ to ask ‘How can I help?’” Successful networking hinges on what attitude and approach you put into it. Listen to others. Give honest and helpful feedback. Get out of the headspace that pits you against others or tricks you into thinking there’s a limited amount of opportunity—there are endless opportunities if you create them. When it comes to networking for artists, those opportunities can come out of connecting two of your contacts you realize have something in common or sending a new contact a job posting you think they might be interested in.

See also
Who Really Owns the Art: Freelancers or Employers?

The worst time to network is when you need something. Instead, create a strong web of professional relationships that transcend individual jobs. Reaching out to others only when you need a job demonstrates that you don’t actually value their skills, insights, or careers but simply their position in relation to what you want—and that’s not a great way to treat anyone, whether a friend or a professional contact. Don’t wait for the time to come when you’re desperate for something new—build the net now so that it can catch you in your time of need down the line.

Whether it’s at a networking event or through an email introduction, always follow up with a networking contact. Even if it’s something as simple as sharing an article related to something you discussed, getting in touch after the initial meeting is part of making that connection more concrete.

This article was co-created by Creative Circle. Creative Circle is an award-winning recruiting and consulting company representing digital, creative, and marketing professionals. Our job is to make your job easier, whether you’re hiring, building a team, or searching for your next role. Together, we can solve your biggest challenges. Special thanks to Melissa Rogers, Senior Brand Manager of Creative Circle.

Has networking helped level up your career? Share your stories below.

Sam Mani writes about work, creativity, wellness, and equity — when she’s not cooking, binging television, or annoying her cat.