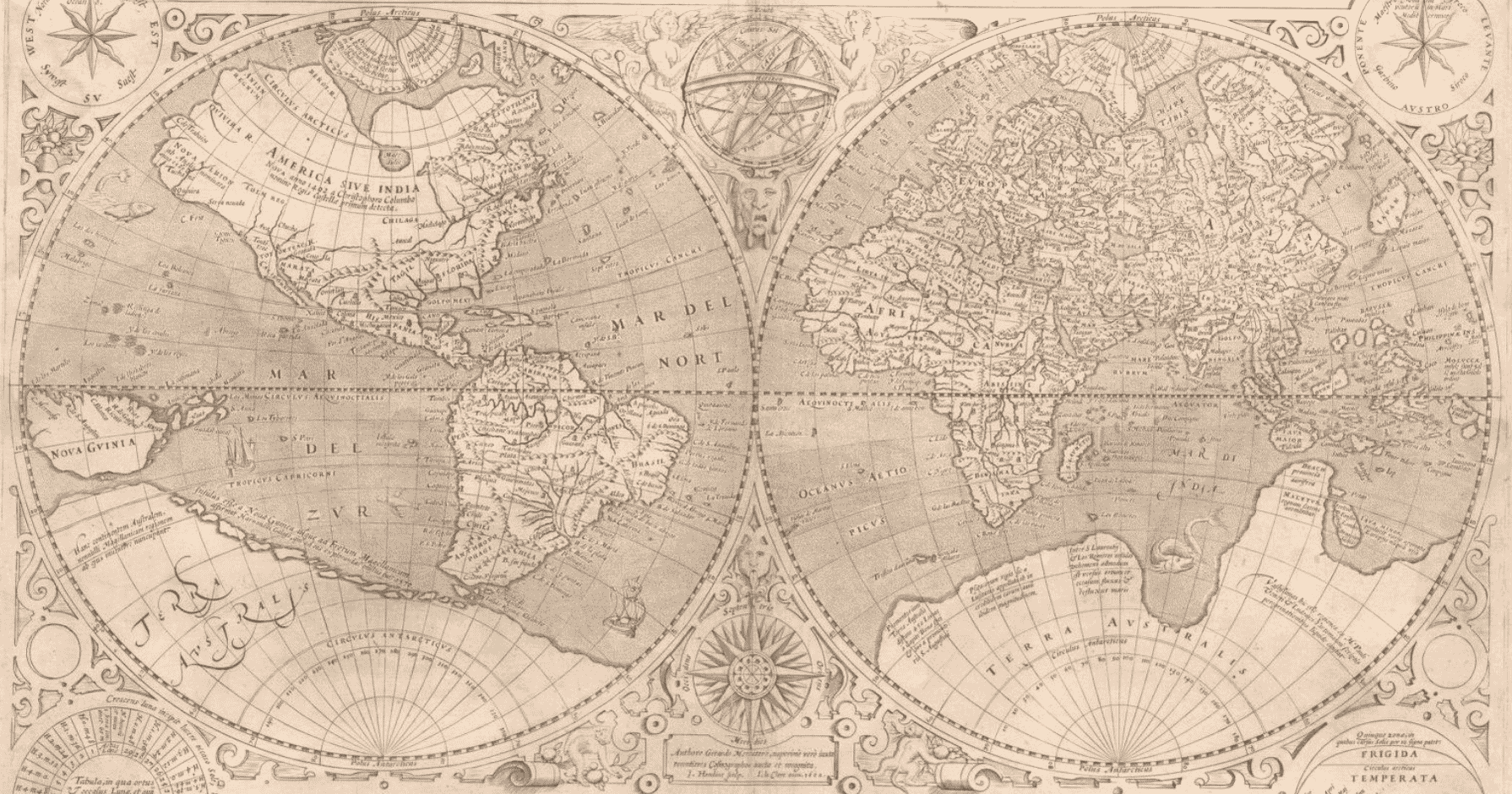 There is no international copyright protecting creative work in countries around the world.  Each country has its own laws and regulations.  However, most countries have signed on to one or more international treaties that provide protections for works within those contracting countries.  The United States is a party to the following:

The most important of these agreements is the first one on the list, the Berne Convention, with over 160 member countries (Contracting States), including the United States.  See here for a list of countries that have signed onto this Treaty). The idea behind the Treaty was to create some uniformity amongst countries so that authors of creative works would not only have similar protections but also understand what they need to do to receive those protections.  Berne follows three basic principles:

All countries also follow a set of minimum protection. For example, in the United States, copyright is automatic. As soon as the work is created and put onto a “tangible medium,” it receives copyright protection. A copyright holder also has the exclusive right to copy, distribute, publicly display, make derivatives of their works. Any violation of these rights is an infringement. As to the duration of protection, the minimum rule is that protection must be granted until the expiration of the 50th year after the author’s death. In the case of works of applied art and photographic works, the minimum term is 25 years from the creation of the work. However, the duration required by Berne is the minimum required, and any country can increase the duration.  To read more about the duration of copyright in the U.S., see “Is Copyright Duration Too Long?“

The Berne Convention also has a requirement for moral rights, which may be a bit of a misnomer as it has nothing to do with morality.  Moral rights allow creators to claim authorship of a work and provide the right to object to any mutilation, deformation, modifications, or other derogatory actions in relation to the work that would be prejudicial to the author’s honor or reputation. The United States enshrines this requirement in the Visual Arts Rights Act (VARA).  Like most statutes, the language can be vague, leaving it to the courts to determine how far the statute protects the artist’s rights beyond the minimum requirements set in Berne. To learn more about VARA and the destruction of graffiti art in the 5Pointz area of Queens, NY, see Street Art or Vandalism?

The Berne Convention also did away with the formal requirements for a copyright notice. Prior to the United States signing on in 1986, authors and creators were required to register with the Copyright Office and display a © copyright notice on any work to receive copyright protection.  As a signee to Berne, the United States had to change its laws to conform, so the United States makes the use of a copyright notice optional. However, the countries that have not signed onto Berne may have very different requirements.  Many of those countries follow the notice provisions set in the Universal Copyright Convention (UCC). The UCC requires using the symbol © (C in a circle) accompanied by the year of first publication and the name of the copyright holder (for example © 2013 John Smith). This notice must be placed where it can easily be seen so that it givers reasonable notice of the copyright claim to anyone who would want to steal.

See also
Why Copyright Infringement is Hard to Prove for Artists

For protection in countries that have not signed on to these conventions, protection may still be available if the United States has a bilateral treaty with that country or under a country’s national laws. (See Circular 38a, for more information).

This far from an exhaustive list of the rights granted under Berne. For an excellent summary of Berne’s minimum standards see Summary of the Berne Convention for the Protection of Literary and Artistic Works (1886).

The important takeaway is that works created in the U.S. do have significant protection in many countries across the globe. However, while Contracting Countries may adhere to the minimum right in Berne, the procedures for getting those rights may differ dramatically. For example, any lawsuit initiated for copyright infringement in the U.S must first register the work with the U.S. Copyright Office. Obviously, there is no such requirement for infringement lawsuits outside of the United States.  So while your work may be protected, enforcing those protections will likely require legal counsel from one or more countries, and take significant time or money to fight, which can make enforcement impossible for many artists.

Copyright Laws Not Available Outside the U.S.

The United States has also developed, either by statute or through the courts, a series of additional copyright-related protections not available anywhere else in the world.  Let’s look at a few of the more prominent ones.

First, for digital copies, such as images posted online, courts have determined that the copyright notice is a digital access control mechanism as defined by the Digital Millennium Copyright Act (DMCA), and therefore, if removed by the infringer, allows the copyright holder awards of up to $25,000 for each work. So while the copyright notice is not a requirement, there may be additional value in adding one to your work. However, the removal must be intentional and the copyright holder must prove that the removal was done by the infringer. Let’s take an easy example.  You add your artwork to your website including a copyright notice in the bottom corner. You find that a company is using your work on a T-shirt and that image has the copyright notice copped out. Do we know that the notice was cropped out by them?  Could someone else have cropped it out and put it out on the web and this company copied that version, and not the one from your website? to find out, you have to look at emails and records from the company and talk to the designer and other company employees to discover what really happened. This is known as the Discovery process and can be very time consuming and costly. You could rack up thousands of dollars in legal fees only to find out that the company isn’t the one who removed the notice.

The United States also provides enhanced statutory damages for an infringement lawsuit if the work was registered with the Copyright Office either, within three months of publication or before an infringement. Statutory damages provide for a minimum of $750 and up to $30,000 per infringement and up to $150,000 if it can be shown that the infringement was known and intentional, meaning that the infringer knew what they were doing was an infringement. The intent is also not easy to prove but let’s take the same t-shirt infringer mentioned earlier. Imagine that you ask them to remove the t-shirts for sale with your work and they not only refuse but create additional products with your work. In that scenario, you would have a strong case for the higher statutory award.

Also, in the U.S, copyright is a no-fault law, which means that if you violate one of the copyright holder’s exclusive rights, you are an infringer, even if you received the image legally. Again, let’s use our t-shirt example. The t-shirt company bought the image for $400 from a reputable stock image site and received a license to use the image on t-shirts.  However, the image was not uploaded to the site by the copyright holder. Even though the stock site was at fault for not ensuring they had the right to sell the image, the t0shirt company is still an infringer because they copied, and publicly displayed the work. The question then is only how much they must pay in damages, not whether they are guilty of infringement. (The t-shirt company can sue the stock site for their loss but that would be a separate legal action).

See also
The Story Behind the "Woman In Gold"

Finally, there is no “fair use’ outside of the United States. Fair use permits the unlicensed use of copyright-protected works in certain circumstances. Section 107 of the Copyright Act provides the statutory framework for determining whether something is fair use, identifying certain types of uses as fair, such as criticism, comment, news reporting, teaching, scholarship, and research, and parody, as examples of activities that may qualify as fair use. Fair use is designed to promote free speech and freedom of expression. Imagine being a TV movie critic on a news program.  You want to show clips from a movie you are critiquing but because the film studio is pretty sure that you will give the film a bad review, they withhold the clips and any images and dialogue from the movie.  You can’t use them for fear of an infringement suit but you also know that if you promise to give the movie a glowing review, they will release the clips to you. That type of action could make reviews useless and untrustworthy.  Fair use ensures that you, the critic, can give the public your honest opinion.

So, while your art may be protected internationally, the works may not receive as much protection as in the U.S.   Countries internationally may only adhere to the basic minimums required in treaties like the Berne Convention or may have procedural rules that make it difficult and expensive to enforce those rights. If you have an issue with copyright infringement in a foreign country, you may be able to bring that lawsuit in the United States, depending upon how and where the infringement occurs.  Unfortunately, there is no bright-line rule that every case can follow so if you have an infringement issue, it’s always best to consult an intellectual property attorney to determine what action is best to take.