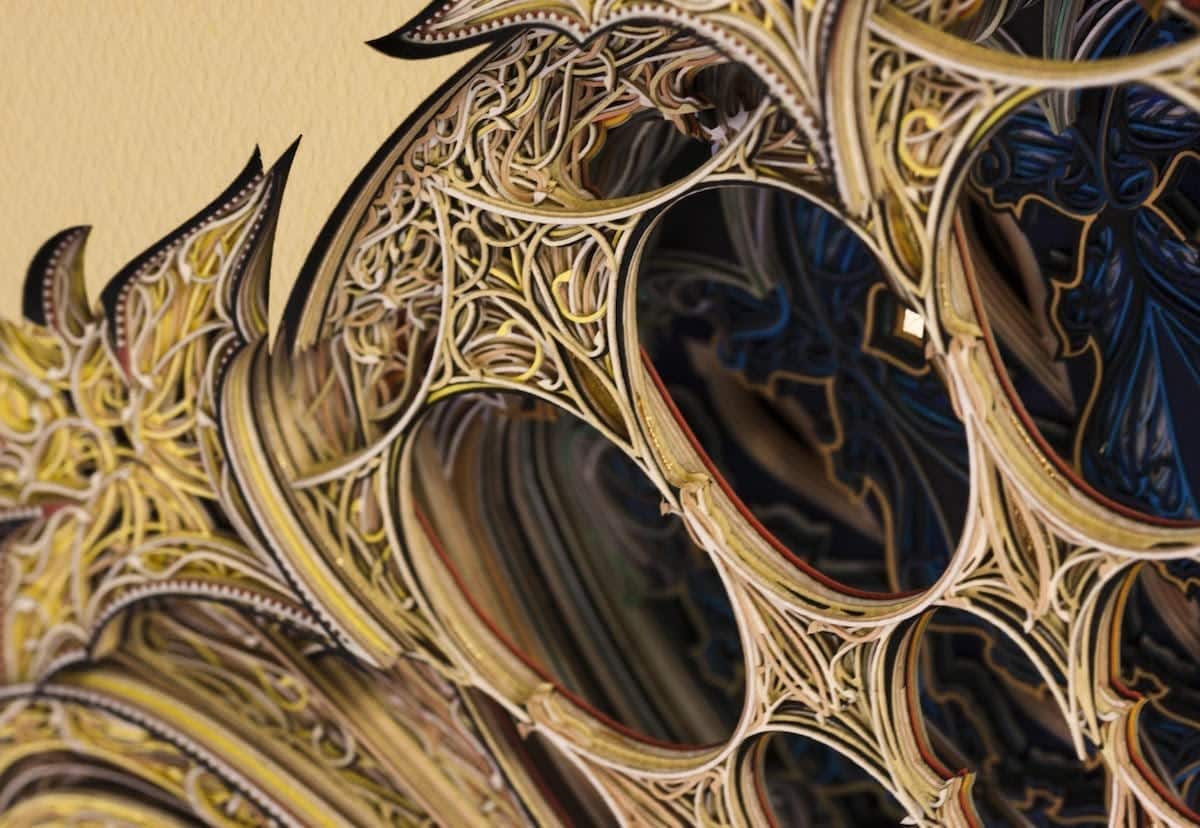 Art and technology don’t always go hand-in-hand. Historically, the art world has been decidedly reluctant to adopt technological advances as a means of creating and disseminating art. The invention of the camera in the 1800s, for example, was spurned by artists of the day. More recently, the advent of artificial intelligence machines that mimic master works of art and folk music has some wondering whether ‘artist’ is the next class of workers to be displaced by automation. While a host of companies have emerged to disrupt this paradigm, many continue to question the collision of art and technology. Is it possible to fuse both mediums in a manner that preserves the integrity of creativity and brings new methods for art-making to light?

Educational institutions, artists, and art and technology startups are exploring technology’s role in the art world while reflecting on the power of their convergence in today’s increasingly digital world. As artists, technologists, and scientists, their experimentation with the collision of art and technology is a reminder of the importance of creativity when making technological advances that unite communities and drive forth innovation.

At the Massachusetts Institute of Technology, the Center for Arts, Science, and Technology (CAST) has a long history of exploring the power of art within a research setting. “Science, art and technology co-exist in MIT’s rich cross-disciplinary environment and have since the late 1960s,” says Leila Kinney, the Director of CAST at MIT. “We facilitate, fund and provide a supportive infrastructure for these kinds of creative projects.”

Founded in 2012, CAST builds on MIT’s contention that the arts ‘strengthen MIT’s commitment to the aesthetic, human, and social dimensions of research and innovation.’ CAST’s Visiting Artist program gathers outside artists and MIT scientists and engineers to foster a collaborative, cross-disciplinary approach to artistic expression. Artists are proposed to CAST by MIT faculty, and in most instances have already completed their education and are working in visual arts, architecture, and design. Most CAST Visiting Artists have no prior background in technology, but are exploring innovative art and technology methods within their practice.

“Visiting Artists who come to MIT to collaborate with our faculty and students are artists who understand how to work in an environment dedicated to research, teaching, and innovation.  Many of them have been classically trained, but they are open to the resources available at MIT and often have ambitions for technologically sophisticated projects that could not be realized elsewhere,” says Kinney.

Take, for example, artist Trevor Paglen’s idea to attach photographs to a satellite orbiting thousands of miles away from earth in an effort to preserve the cultural and materials ruins of the last two centuries. Or consider photojournalist Karim Ben Khelifa’s virtual reality project, The Enemy. Khelifa, who spent years photographing war-torn areas of the Middle East, created a virtual reality experience that brings viewers in face-to-face contact with soldiers in an attempt to humanize the enemy at war. In relying on technological research, both artists deployed a project that disrupted our earthly constructs – an accomplishment precisely in line with what technology was meant to do.

MIT’s CAST program supports artists with leading MIT scientists and engineers, who provide guidance in an effort to realize their projects. But some working artists have instead employed the collision of art and technology by utilizing technological methods for creating more traditional works of art. Eric Standley, an artist and associate professor at Virginia Tech, is one such artist.

The child of engineers, Standley studied painting and graphic design in college and began experimenting with laser-cutting when he discovered that applying this method to art would yield a multi-dimensional work that questioned theories of time and space. Standley creates paper-cut artworks that resemble infinite dimensional layers, using a two-step process of drawing and laser-cutting to create his ultimate work.

“When I draw I’m thinking about events in space,” says Standley. “I draw quite traditionally, but I’m visualizing three or four events I know will happen in a composition.”

Using Corel Draw, Standley creates Gothic and Islamic architectural symbols portrayed in multiple layers. He then uses a ULS CNC laser to cut different-colored paper into these pre-envisioned layers, creating a work that’s three-dimensional yet fixed into one, ready-to-hang work of art and technology. Standley can take anywhere from four months to a year to create a single work, and he remarks at how each choice he makes as an artist renders a totally different outcome.

“I’m not trying to make something look like something else in the world, I’m trying to make an artifact that’s an archetype,” Standley says. “My works are shallow, they occupy about two inches of space, but when you’re looking you can really understand those two inches. When you look at it, it’s a little world.”

Most recently, Standley has looked to scientific findings in an effort to continue exploring the underlying geometric tones in his work. “I joined a team of scientists to write a grant and I was going to visualize some of the geometry they’re covering on how DNA is passed into cells,” he says. “They turned me on to the fractals they use, and even though the fractal generates itself, when you put a fractal in space it alters the fractal’s shape. So I started using fractals a lot in my latest work and being more conscious about the math that applies.”

For MIT CAST artists and Standley, fusing art and technology answers profound questions about human innovation and its capability. But technological art practices can also have a profound impact on uniting communities, as the founders of Art of Everyone expound upon in their work.

Art of Everyone: Experiential Art and Technology for the Masses

The Art of Everyone experience simplifies the complex task of art-making by allowing participants to create works of art with the guidance of an accomplished artist. A solution-treated canvas functions as a sort of two-way mirror, in which an artist stands in front of the canvas and draws with a laser-pointer. Behind the canvas, participants mimic the laser’s movements with an oil paint stick, which the treated canvas absorbs to create a work of art. Though the technology behind Art of Everyone’s project is purportedly simple, its impact on team building is not.

“Is it big tech? Not particularly but it’s a marriage,” says Shawn Olsen, one of the co-founders of Art of Everyone. “It’s science, art and technology, beside the human touch to create. The solution we treat the canvas with is the secret.”

Olsen founded Art of Everyone alongside artist Brad Noble and James Chantler Brown, a former colleague he met while working at AOL. The idea was born while the three were tinkering at Noble’s studio one night over drinks. They quickly realized that in harnessing a dual-sided canvas, they could merge disparate audiences through the power of artistic process and dialogue. Art of Everyone participants could practice exercising precision, attention to detail and instruction, while the artist would enhance their communication skills and experiment with what happens when you let a non-artist essentially take the wheel. “The artist usually has no idea what shape the work is going to take, and the entire process can take about 3-4 hours with up to 30-40 people participating,” says Olsen.

The technology behind Art of Everyone is continuously evolving, with the founders intent on scaling the operation and bringing it to a larger, national audience. “It took us two years of testing before we went live with the product,” says Olsen. “The day after our launch, we were in the studio working with other fabrics and other materials and trying to experiment and innovate.”

Ultimately, Art of Everyone aims to bring a collaborative, technological twist to art-making akin to the projects being explored by MIT artists and Standley. Says Olsen: “What we really want, ultimately, is to put the ‘A’ back in STEM, and use this as an education tool for children.” What these institutions and artists have in common, perhaps, is the belief that science, art and technology are inextricably intertwined.

How Should I Structure My Artist Resume?
Artist Mentors Can Help Guide Your Creative Career
Comment