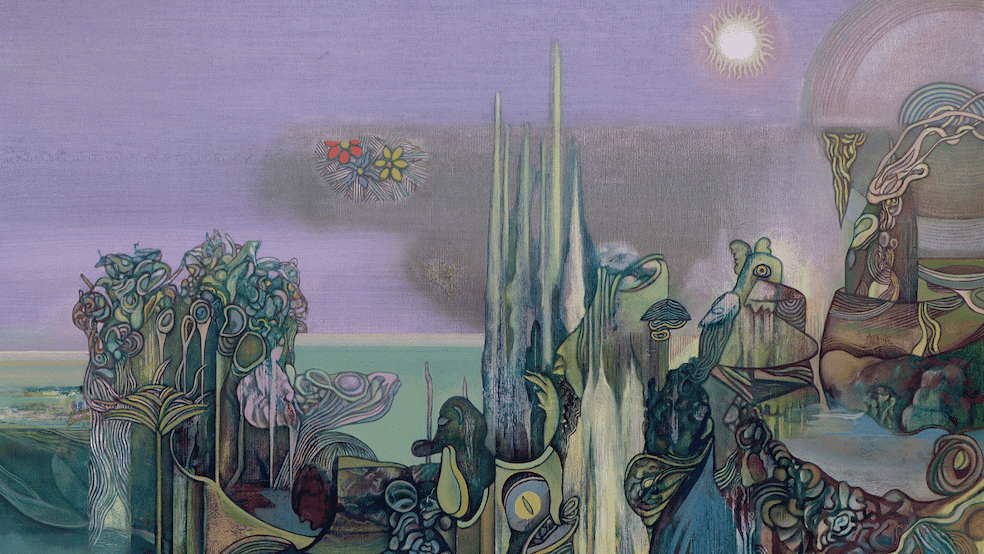 Share this!
Abundant in both contemporary and modern art, air in art can blow your mind. Air is more than just one of the four elements: it is a medium, concept, and symbolic tether to a shared human history. A universal power, air is fundamental to life. In fact, we need to look no further than the Latin spirare (“to breathe”) to see this reality in action: from it, we’ve derived critical words like spirit, expire, aspire, and inspire. Air is elemental to our survival — and even our souls.
In its Exploring the Four Elements: Air Open Call Art Competition, Artrepreneur asked its members to render the concept of air in art. And while the curators were excited to see how artists interpreted this idea, they could not have anticipated the richness of air itself. How can we capture what cannot be seen? As it turns out, this seemingly esoteric idea has a vast reach. From life above the clouds to imaginary landscapes, the works captured beautifully what we all experience constantly but neglect to identify consciously.
Alexey Adonin pays homage to the fantastical in his beautifully executed and prize-winning work “The Brightest Star”, pictured above, creating an otherworldly atmosphere that supports new life forms. Although we cannot see it, the evidence suggests that air has become a sort of fiction: what new composition of gasses exists here? Are humans welcome, or can we only dream of this new environment from afar? What was once familiar is transformed into the fantastic in Alexey’s envisioning of another planet. Our earthly sense of atmosphere is shattered, and strange new flora abound in this mythical painting.
Adonin and the other selected artists in this competition, whether consciously or unconsciously, honor a longstanding tradition by exploring the importance and influence of air in art.

Bringing visibility to air in art

To begin our investigation of air in art, let’s start with the concept of air itself. For that, we turn to the ancient Greeks. Empedocles, a Sicilian Greek philosopher from 450 BC, inverted a bucket in water and noticed a pocket of air that was trapped inside. From this simple experiment, he was able to observe that air is, in fact, a separate substance, thus identifying and categorizing the invisible. One might argue that in so doing, he made air more “real.” How can something exist if we do not define it? Aristotle later affirmed and supported these findings, declaring that the four elements of earth, water, fire, and air made up everything in the universe.
Air’s appearance as an element of artwork blew in with modern and contemporary artists. Thousands of years after the ancient Greeks’ experiments, one of the most admired members of the Surrealist circle, Marcel Duchamp, captured — quite literally — the mysterious element in his 1919 piece “Air de Paris”, a labeled ampoule of the atmosphere, trapped permanently in time and glass. And while we cannot experience the early 20th-century Parisian air ourselves, its power and presence are undeniable: we feel the nostalgia of a bygone era and a longing for a time we can never experience.
Not long afterward, Yves Klein began his quest to develop a new form of architecture using air and other natural elements. While his early death cut his visionary experiments short, other artists soon took up the mantle — like Marinus Boezem of the Netherlands, who explored art as a sculptural medium through experiential pieces like “Signing the Sky above the Port of Amsterdam with an Aeroplane,” which involved sky-writing his last name among the clouds with condensation trails.
Contemporary artists like Michael Asher of the U.S., Jeppe Hein of Denmark, and Teresa Margolles of Mexico literally used air in exhibitions around the world through wind currents, self-contained air conditioning units, smoke, and mist. As a medium, air can foster interactivity, direct museum-goers through gallery space, and highlight hidden issues.
Exploring the ephemeral and invisible continues to preoccupy artists of the modern day. Most recently, in 2011, actor James Franco made headlines with his Museum of Non-Visible Art, a conceptual art project where the artworks are described rather than executed. Its first big sale for $10,000 was a piece titled “Fresh Air,” described in these poetic terms by Paste magazine:
“The air you are purchasing is like buying an endless tank of oxygen. No matter where you are, you always have the ability to take a breath of the most delicious, clean-smelling air that the earth can produce. Every breath you take gives you endless peace and health. This artwork is something to carry with you if you own it. Because wherever you are, you can imagine yourself getting the most beautiful taste of air that is from the mountain tops or fields or from the ocean side; it is an endless supply.”
Yes, air is invisible, but it’s also on the verge of the tangible: and you can allow it to inspire you, too.

How to infuse air into your world

How can we look towards air to inspire us and enrich our lives? While most of us are likely unable to acquire our very own Duchamp (or pay $10,000 for an invisible piece of art), there’s no shortage of works to bring a sense of calm and serenity into our worlds. We might even consider the absence of work itself a celebration of space: in Feng Shui, for example, air is used to enhance clarity and mental power, assist change and transformation, and regain control over emotions. Allowing for an abundance of air creates a sense of calm and serenity.

According to ArchDaily, designers and architects are returning to the four elements as our pandemic-era homes become all-encompassing worlds unto themselves. Air is a vital piece of this puzzle. Good air circulation in a home is essential for health and also brings the outside in, refreshing and lifting our spirits.

Air is, at its core, sustenance. It invigorates and supports us at every turn, its quality palpable. It’s worth exploring how something so esoteric might enliven your environment. Perhaps you’d delight at an antique lace curtain flitting in the breeze. Maybe the emergence of a monarch butterfly provides a message that uplifts your heart and comforts the soul. Or maybe you’re mystified by air’s more brutal qualities, like a tempest that devastates, humbles, and reminds us of our fragility.

Artwork is another way to bring the sensation of air into your home. Damon Kowarsky invites us into the ether in “Arènes de Lutèce”, where we become part of the scenery. Drifting along the clouds, the textures created by his etching represents delicate air currents, darting to and fro as they support the birds on their journey.

“Spirit Lands: Meadow” is Moonbound Studio’s envisioning of another realm, the phantoms fluttering along otherworldly currents. The movement they embody is playful and sweet, inviting the viewer to enter a portal and dance on the other side.
Ian Hill asks us to contemplate vastness in “On Top of the World”, an image that is nearly shocking in nature. We are transported to the brink and witness the remarkable feats that humans are truly capable of, like summiting a mountain. Yet, at the same time, we’re reminded of how small we are, how seemingly inconsequential.

With its seemingly infinite possibilities, air in art stirs our souls. What artworks inspired by air fuel your sense of wonder? How do you infuse air in your art or your home? Tell us what this element means to you in the comments below.

Kate Kelly attended Syracuse University and majored in French Literature, which inspired her to start her first blog, FauxFrench. She has worked as an illustration agent at Morgan Gaynin Inc., a premiere boutique agency in New York, as well as written for commercial and marketing assignments, conducted historical and academic research, journalism, and education